Welcome to the Governors' pages of College Town Primary School.

The purpose of the Governing Body is to maintain and improve the quality of the education and standards of achievement in the school. Please see the details below for full details of our governors, their roles within committees and biographies. 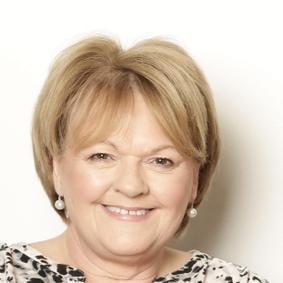 Term of office: Governor since April 2012

Rita was appointed as a Bracknell Forest Local Authority governor in 2012. The Governing Body elected her as Chair of Governors in 2014. Rita’s whole career has been in education until she retired as Assistant Director of Education with Service Children's Education (SCE). In this role, she was a member of the Executive Board with specific responsibility for the quality of teaching and learning, which included aspects of leadership and management in SCE schools world-wide. Prior to this, Rita was a head teacher in schools in Nottinghamshire and Germany where she had the opportunity to work with the staff team to move them from underperforming to outstanding schools. Rita has also worked as consultant head teacher and link inspector advisor.

Even though Rita is retired, she retains her passion for education and making a difference for all children with a special interest in the needs of the Service child. She believes she she is able to bring her skills and knowledge to strategically support College Town Primary School in their pursuit of excellence.

Rita can be contacted on: governors@collegetownprimary.com 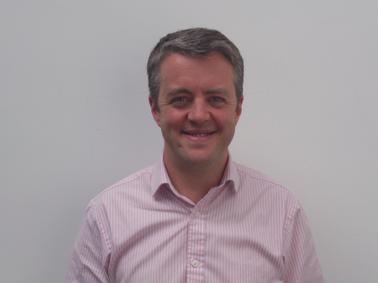 Term of office: Governor since May 2011

Tony was a Parent/Co-opted governor at CTINS from 2011. Having previously held the position of Chair of the Governing Body, Tony is currently the Chair of the Staff, Finance & Sites Committee at the now amalgamated College Town Primary School.  Tony is a qualified Accountant with over 15 years of experience in commercial finance in large blue chip organisations. He has 2 children, both of whom are current or former pupils at the school and he is delighted to have been able to bring some of his finance experience to help develop the school in the past few years. Tony can often be found behind the BBQ's at the school summer fete.

Toni has been a governor at College Town Infant School for 4 years and is now part of the new primary governing body. Her work as a supply teacher in Bracknell Forest area and, more recently, a permanent placement in a local primary school, allows her to use her skills to benefit the governing body. She has three children, all have attended the schools, with the two youngest also being part of the newly formed primary school. She has attended a number of governor training courses and find them to be interesting and extremely beneficial. She is a member of the Curriculum and Pupil Well-Being Committee.

Trudi Sammons was appointed as the Headteacher of College Town Infant and Nursery School in 2009. She has always attended all of the committee meetings and has voting rights. Since September 2018 she fulfills the same role within the amalgamated primary school.

My husband Karl and I moved to crowthorne in 2004 and bought our first home in Owlsmoor in 2005. We have spent the past 13 years living happily here and raising our family. We love the local area.

I am a mother of 3 children, 1 of which attends College Town primary School. Having previously worked as a Teaching Assistant and in day nurseries, I am now an Ofsted registered childminder. I work with lots of families within the local community. this is my first parent Governor role and I am enjoying it.

Term of Office: Governor Since July 2020

Angela has been a governor since July 2020. Before having children she worked as a senior project accountant in the oil and gas industry, specialising in cost control and contract compliance. She is a mother of three children, all of whom currently attend College Town Primary School. Angela was the previous treasurer of College Town Schools PTA and still supports them in their fund raising efforts.

Since joining the school in September as a class teacher I have been keen to be a part of the Governing Body as this is something I have previously done at me last school, also in Bracknell Forest. I found this role mutually beneficial and look forward to continuing this role at College Town Primary School.

Before having children I was a project accountant for a defence company. I have twins who attend College Town and I am also a former pupil myself. I have spent several years being part of the PTA and still try to be involved with helping to fund raise for the school.

I am a mother of two, both of whom currently attend College Town Primary School. I also support the PTA. Professionally I have extensive managerial and project management experience, globally in the private sector and locally in the public sector and I currently work as a senior project manager in a Digital Agency.

Unfortunately not the ones with chocolate chips.

Some cookies are necessary in order to make this website function correctly. These are set by default and whilst you can block or delete them by changing your browser settings, some functionality such as being able to log in to the website will not work if you do this. The necessary cookies set on this website are as follows:

Cookies that are not necessary to make the website work, but which enable additional functionality, can also be set. By default these cookies are disabled, but you can choose to enable them below: